Turn Off the Television

Fifty years ago, Newton Minow, then chairman of the Federal Communications Commission, famously described television as "a vast wasteland". Back then, there were only three networks in the country, and if the quality of the programming was not particularly good, at least there wasn't much of it. Today, by contrast, we have a much vaster wasteland to deal with, literally hundreds of channels peddling more or less the same lowest-common-denominator drivel that is dissolving our national spirit like a steady dripping of acid.

Television could have proven to be the greatest invention since the printing press. Had the powers-that-be in the network world upheld the ideals of genuine civic virtue rather than succumb to the base motives of profit, the programming on television could have been focused on quality drama and comedy, well-made and intellectually challenging documentaries, and news programs that provide comprehensive and unbiased coverage of the events of the day. They could, in short, have made television into a great source of enlightenment, education, and uplifting of the spirit.

What do we see when we look at the vast wasteland today? We see reality shows which follow the moronic antics of immoral people trying to achieve some useless or degraded objective. We see formulaic comedies, the majority of which seem to focus almost exclusively on crude and sexual humor that no decent person would find amusing. We see game shows which seem to peddle the message that Americans should strive to be as stupid as possible. After fifteen minutes of watching standard American television, one feels the strong need to take a shower.

To be fair, there remain a few programs of worthwhile and intelligent content. Public television, which is funded directly by citizens and not dependent on corporate advertising for its revenue, regularly features excellent documentaries and the last remaining news programs of any value in America. A few of the cable networks produce some excellent drama and comedy programs as well. But these diamonds in the dunghill are few and far between, and their numbers seem to dwindle with every passing year.

Depending on which study you read, the average American spends between three and four hours a day watching television. That's more than 1,200 hours a year. Do they really see anything they needed to see, learn anything worth learning, or watch anything remotely meaningful or even relevant to their lives? If they could wave a magic wand and get all those hours back, would it be make sense for them to spend that time in front of the television again?

The average American sees something like 30,000 commercials every year. Television is by far the most important medium for corporate propaganda to weasel its way into the minds of American citizens and American children. The latest psychological research is employed to persuade Americans to buy what they do not need using money they do not have. It spreads the insidious message that consumerism is the end-all-be-all of life, and that virtue and decency are quaint relics of a bygone age.

The time we spend watching television breaks down the civilized pillars of our society. Every hour spent in front of the "idiot box" is one less hour for reading a book or newspaper, for gardening, for enjoying dinner parties with friends, for attending school board meetings, or for volunteering with local community groups. In effect, television simply plugs itself into our souls and gradually sucks out our civic energies.

Our country is faced with difficult problems and dangerous challenges. To meet them, we need an active, intelligent and well-informed citizenry that is infused with a patriotic spirit and a desire to work for the common good. We don't currently have that, and our continued self-imposed slavery to television is one of the main reasons why.

Wandering through a vast wasteland is never a desirable activity. In that spirit, turn off the television and pick up a book. Not only will you be better off for it, but so will the rest of the country.
Posted by Jeff Brooks at 6:13 AM 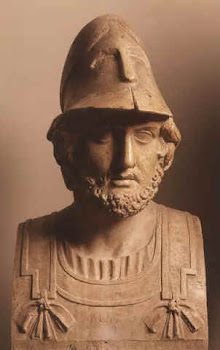